10 Facts You Didn’t Know About Locks 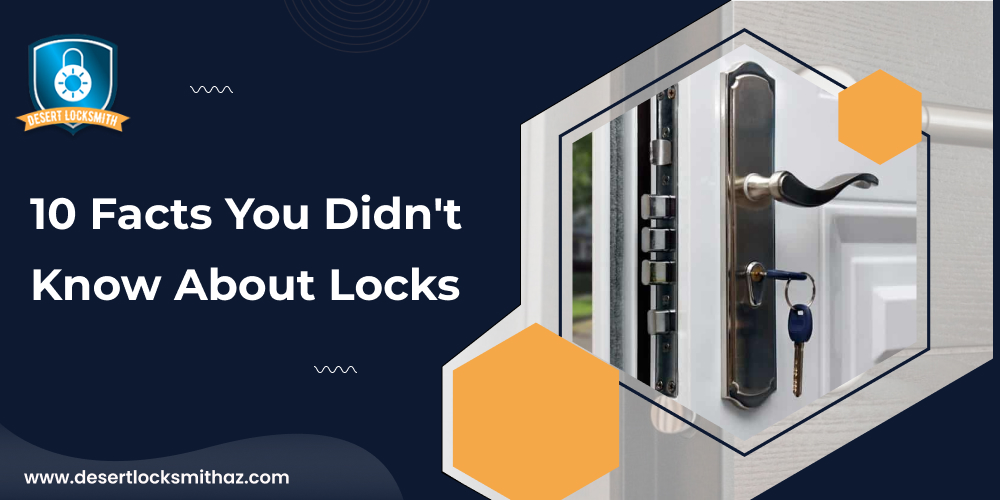 Locks are common in our daily routine, yet they are underrated. The world would be a considerably more terrifying place without them. You will understand the importance of locks if you might have encountered any threat till date. Even though we’ve become numb to their brilliance, there are a few things to admire about locks. This is so true that you could be surprised by a few fascinating facts. Here are some fascinating revelations about locks.

Locksmiths do more than simply cut keys and pick locks, did you know? Locksmiths used to create locks by hand before they were mass-produced. This means creating unique locks for each application. They now stick to their current jobs instead, since industrial means have surpassed the necessity for homemade solutions. Many of the more experienced locksmiths may still ‘pin’ cylinders and padlocks to guarantee that numerous locks are keyed identically or master-keyed.

Desert Locksmith is the company to call if you need locks or door opening, rekeying locks solutions. We’ve solidified our image as a trustworthy company. Getting the solutions of locks you want is as easy as contacting our team of specialists. If you’d like to learn more about our services and what they can accomplish for you, please contact us.