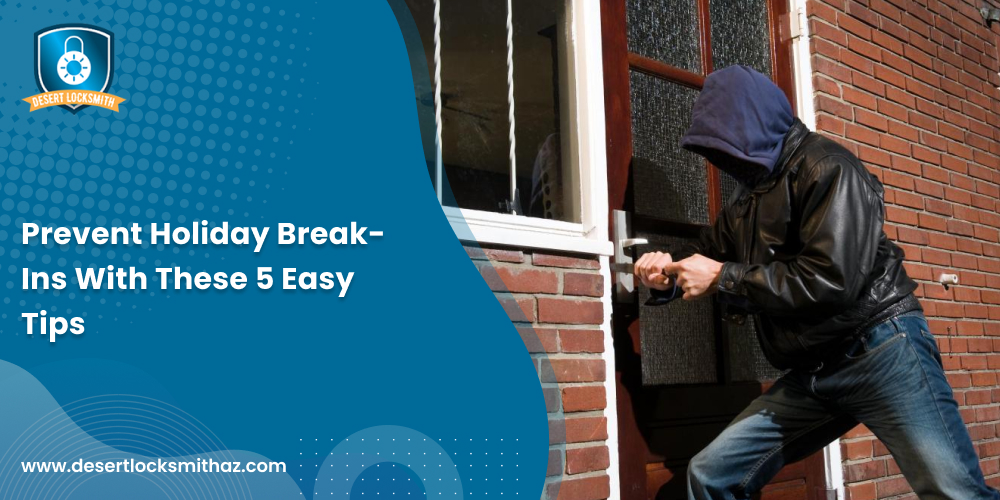 Residential burglaries started to decline in the 1960s with the introduction of the deadbolt. Burglaries decreased steadily over the 1970s as more homes installed them, reaching a plateau in recent years. In addition to reinforced glass, advanced lock technology, and a veritable army of private security guards patrolling neighborhoods, 25% of American homes now have electronic security systems.

Nevertheless, despite the declining numbers, there were nearly 1.5 million home invasions in 2006 [source: FBI Uniform Crime Reports]. And when burglaries occur, it’s frequently challenging for police to find the perpetrators. Burglary clearance rates are among the lowest of all property and violent crimes reported by the FBI, coming in at 12.6% in 2006.

There are a few things you should keep in mind as you consider how to stop this from happening to you. There is a higher likelihood that burglars will target homes during the daytime when many people are at work. Additionally, about 40% of domestic burglaries in the US occur without a forced entry, which means that someone could enter a home almost as easily as if the owners had left a key in the door.

You don’t need to transform your property into a suburban Fort Knox to keep trespassers out of your house. Numerous issues can be resolved with just a little common sense and absolutely no money.

Inadvertently luring thieves onto your property like frantic bargain hunters to a flea market can happen when you leave certain items lying around your yard or in plain view from the road. First, roll any bikes or scooters that a burglar could easily steal inside or into your garage. Additionally, avoid leaving the box for a new plasma screen television or other expensive appliance or electronic next to the trash or recycling bin. That lets people know you have something completely new that might sell for a respectable amount on the street. They might also wonder what other treats you have in your house.

­You might also be strutting your stuff too much in front of passersby. Walk around the house and take in what you can see by opening the curtains, blinds, or shades. Consider performing a small redesign to move expensive items out of sight if they are numerous and in plain sight or close to windows.

There is a higher likelihood that burglars won’t try to break in if they know someone is home. Keep in mind that during the day, when many people are at work, more break-ins happen. Create the appearance that someone is still home when you leave the house because of this. You can leave a light on, as well as your television or music, just to be safe. Of course, if you’re going to use that electricity by leaving lights on when you leave, make sure you have compact fluorescent bulbs installed because they last longer and are more environmentally friendly.

By placing a sign advertising a home security system in your yard, you can also psychologically fool them. They might not test to see if it’s true, but this won’t prevent them from doing so. The Office of Community Oriented Police Service claims that the majority of residential burglars avoid homes with such signs.

Even when locked, some older sliding doors are simple to break into by simply popping them off of their frames. Newer ones make it more difficult to do that, but you should still take extra precautions to secure them because they can serve as a tempting entrance for burglars. You can just slide a sturdy dowel, steel bar, or two-by-four into the back groove. In this manner, even if someone manages to pick the lock, the rod prevents the door from reversing and opening.

Even though you should always lock your windows before leaving the house, you can prevent them from rising more than a few inches by inserting a straightforward pin or nail into the window frame. If you leave the window unlocked and someone jumps off the screen, this will add an extra layer of security. If your window frame is made of wood, you can drill a hole where the top and bottom windows meet, above the sash, at the desired height. After that, drive a sturdy nail or thick metal pin into the hole. If you want to fully open the window, you can take the stopper out, then reinstall it for safety.

Don’t forget to inspect window air conditioners as well. Add a stopper to that frame if you can open the window up from the outside.

Don’t leave a spare key out

In case you get locked out of your house, it might seem like a good idea to hide a spare key under a flower pot or doormat. However, that makes it easy for a thief to enter without incident. Additionally, if someone witnesses you at any point obtaining the key, they will know where you are hiding.

Instead, give a spare to a close friend or neighboring neighbor for safekeeping. Nowadays, the majority of people own cell phones, so if you get locked out, you can call for assistance or go to the person’s house or call for locksmith service. Additionally, you could conceal the spare outside in a combination lockbox.

Never write your name or any other personal information on your house keys. It would be relatively simple to track them back to your house and break in if you lose them and someone else finds them.

If you want to strengthen your security, then locksmith in Phoenix: Desert Locksmith is ready to help you with it.