What type of house key do I have? 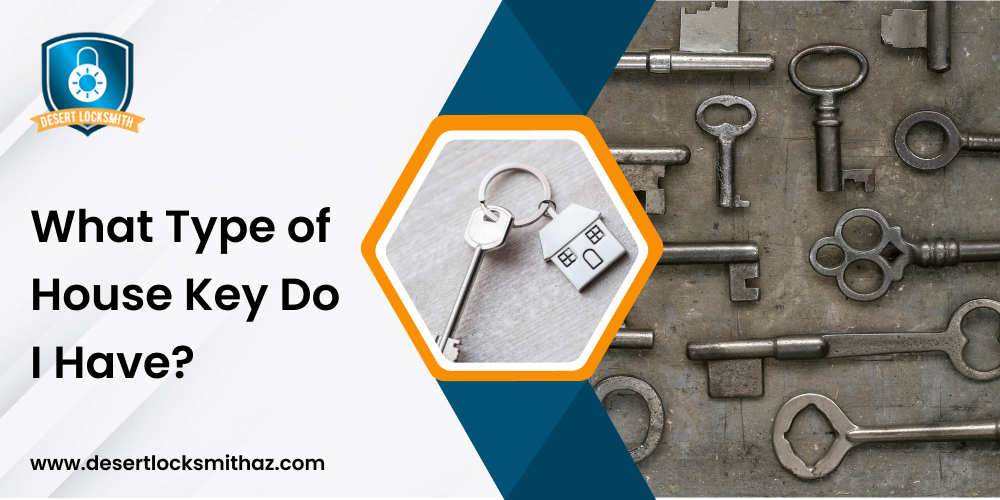 Even though a key plays a crucial role in our daily lives, they are rarely given any notice. We rely on these modest, common items to safeguard ourselves and our loved ones from potential attackers, as well as our belongings from theft. There are many various types of keys for different types of locks, each with its own purpose.

As a homeowner, you should be aware of the various types of house keys available to secure your home. While most people are familiar with mechanically cut keys, there are also double or four-sided keys, dimple keys, Abloy keys, and even skeleton keys available.

We’ve described some of the most common purposes for keys, the basic sections of a key, and all the many varieties of house keys you can choose from to help you learn more about these crucial things and select the best one for your home.

Although we are most likely only familiar with one sort of house key, there are a variety of other types of keys that can be used in the home. These are some of them:

Mechanically cut keys are commonly found on older automobiles, as well as doors in homes and businesses. They’re only cut on one end and have a ridged pattern that connects to the appropriate lock. These keys derive their name from the fact that they are die-cast or carved with a mechanical cutting machine.

Mechanical cut keys have a major disadvantage in that they are the easiest to duplicate and, as a result, do not provide much protection. They feature a simple design that makes duplicates at a hardware shop or a self-service key cutter a breeze. These keys are relatively cheap to reproduce, in addition to being easy to replicate.

However, if you choose a mechanically cut key for your home, you should be cautious about whom you entrust with it. Someone may gain entry to your home by duplicating it in a matter of minutes for less than ten dollars. If security is a top priority for you, you should replace any mechanically cut keys with something more secure or should always trust a professional locksmith for that.

It is the most frequent sort of key found in residences. The two or four pairs of teeth on opposite sides of the key blade distinguish them. Choose the four-sided option for maximum security. These are the most difficult to replicate, making them an unlikely target for thieves.

With many lines of teeth, the lock to which the key matches is more intricate and difficult to pick. Double and four-sided keys are the way to go if you want to improve your mechanically cut house key to something more secure on a budget. With very little money and time, you can substantially increase the security and safety of your property.
These keys are more robust than traditional single-sided keys, in addition to being safer. If they become jammed in your lock, they are significantly less likely to break in half.

These keys have a multitude of dimples of varying diameters along the blade, as the name implies. The protruding pins within the matching lock correspond to these dimples. The dimple key works by lining up the dimples with the pins once it is inserted into the lock, and then the lock is released.

Dimple keys are identical on both sides, ensuring that the key will function regardless of how it is inserted into the lock. This makes it quicker and faster to unlock doors because you don’t have to waste time figuring out how to hold the key before inserting it. These keys are most commonly used for home security since they add an extra layer of defense against attackers. You can change your locks and keys with a locksmith service provider.

The Abloy keys are used to open disc tumbler locks. The key rotates the internal discs of the lock after it is entered, and when it is properly aligned, the lock will release. Abloy keys are nearly unknown in various regions of the world. They are, nonetheless, extremely popular in other locations. In Finland, for example, Abloy keys are installed in practically every home as a matter of course.

The fact that these keys cannot be plucked is their main advantage. It is because, unlike most other types of locks, the locks are not spring-loaded. As a result, Abloy keys are a good alternative for offering optimum home security. Consider putting this house key at the top of your priority list if you want to upgrade your home’s security system.

A primary key, as the name implies, is a form of key that serves as the primary key in a building. Although other keys correspond to certain locks, a primary key can open all of them.

These keys are typically found in office buildings, where each employee may have their key to their ice and the major key can be kept by a manager to get in the event of an emergency, all rooms are accessible. Primary keys, on the other hand, are frequently utilized in apartment complexes for the same reason.

You will have your own key to your apartment as a renter, but your landlord or building management will hold the primary key. Because these keys may open every lock in the facility, it’s critical that they will be delivered to a competent person and maintained in a secure location.

Skeleton keys, sometimes known as “passkeys,” are frequently confused with primary keys. The difference between a skeleton key and a primary key derives from the fact that skeleton keys are a type of primary key since they can unlock many locks. These keys are only utilized with warded locks.

Skeleton keys have a serrated, projecting component near the blade’s tip that has been handed down to be able to unlock a variety of locks. For the most part, warded locks are no longer in use since they are easy to pick and do not provide adequate security. Skeleton locks have been on the decline as a result of this.

Some older homes, on the other hand, still have their original warded locks. In either event, if you have a skeleton lock in your home, it’s highly recommended that you add extra locks to improve your home’s security. Skeletal key locks include a single internal component, such as a spring or lever, which makes them extremely easy to pick by hand.

A magnetic key contains magnets that, depending on their size and orientation, cause the tumblers in a lock to line up correctly and release. There are no electronics required for these keys because they employ passive mechanisms. Magnetic keys can be found on a variety of locks, including lever locks, deadbolts, and cylinder locks.

Magnetic keys are regarded as extremely secure because the grouping of magnets required to operate a lock must be so precise. Physical force is required to move the tumblers into the appropriate position, therefore you can’t pick a lock that uses a magnetic key. They’re also difficult to copy, which adds to their level of protection.

There are various types of house keys but you need to be wise about which one to select for your security. You need to have the best lock and key services to keep your valuables, family members secured.